We spoke to Dr. Irene Bargellini to learn more about her upcoming presentation at ET 2022.

Catch her lecture during the special topic session on TARE, Thursday, June 23 at 14:30 CEST in auditorium 2.

Trans-arterial radioembolisation (TARE) has gained worldwide acceptance as a safe and effective treatment for primary and metastatic unresectable liver cancer [1-3]. Through selective administration of microspheres loaded with beta-emitting isotopes, the goal is to deliver a tumoricidal absorbed dose to liver tumours while sparing healthy liver tissue and limiting systemic toxicity [4].

However, the success of the procedure is strictly related to multiple clinical and technical factors:

The diagnostic work-up can be summarized in few essential steps:

1) Identification of all tumour arterial feeders, with evaluation of their haemodynamics

In the case of multiple feeders from different branches, it is important to assess if all feeders are able to receive a proper quantity of spheres based on their vascularisation territory. Frequently, there may be major and minor tumour feeders, and the latter may require coil embolisation at a proximal level to enable flow redistribution, reducing the number of injection points (Figure 1) [14,15].

Flow redistribution requires an in-depth knowledge of the possible intra- and extra-hepatic arterial connections, and it should be performed only when strictly needed, since it may be tricky and unpredictable, varying upon vascular anatomy, tumour type and location [16]. The success of flow redistribution has been reported to be lower when parasitized arteries are embolised proximally [17], as well as in centrally located tumours when unilobar treatment is planned [18]. Moreover, lower success rates have been reported in hypervascular bulky lesions, such as neuroendocrine metastases, which can result in unpredictable collaterals [17].

2) Identification of any extrahepatic vessel originating from the target area

Non-target embolisation may expose the patient to severe complications due to irradiation of nearby organs, such as the stomach, jejunum, gallbladder, and so on. The diagnostic work-up always requires at least the identification of the origin of the left and right gastric arteries and the cystic artery. When needed, these arteries require embolisation to avoid possible complications.

Whether the cystic artery can be overlooked is still a matter of debate. Our local policy is to avoid including the cystic artery in the treatment territory, placing the microcatheter distal to its origin, and even splitting doses into different injection points, if needed (Figure 2). This is particularly true when dealing with relatively hypovascular lesions, such as metastases, in which we are not able to rely on the preferential flow into the tumour feeding vessels. Permanent embolisation of the cystic artery is usually avoided, since ischaemic cholecystitis may occur.

To identify possible non-target embolisation areas, the use of cone-beam CT is highly recommended. Also, when identifying suspicious arteries during diagnostic angiography, even if the entire branch is not fully recognized, its selective catheterisation should be performed to rule out possible connections with non-target areas (Figure 3).

4) Reproduction of the injection velocity 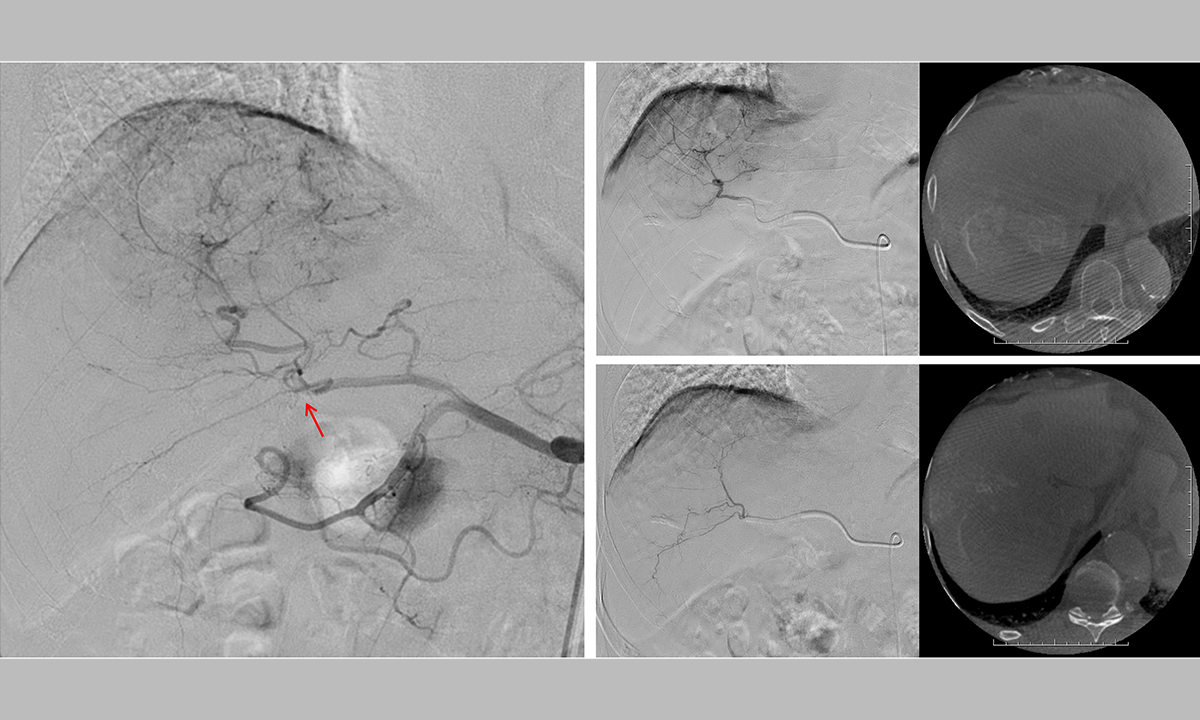 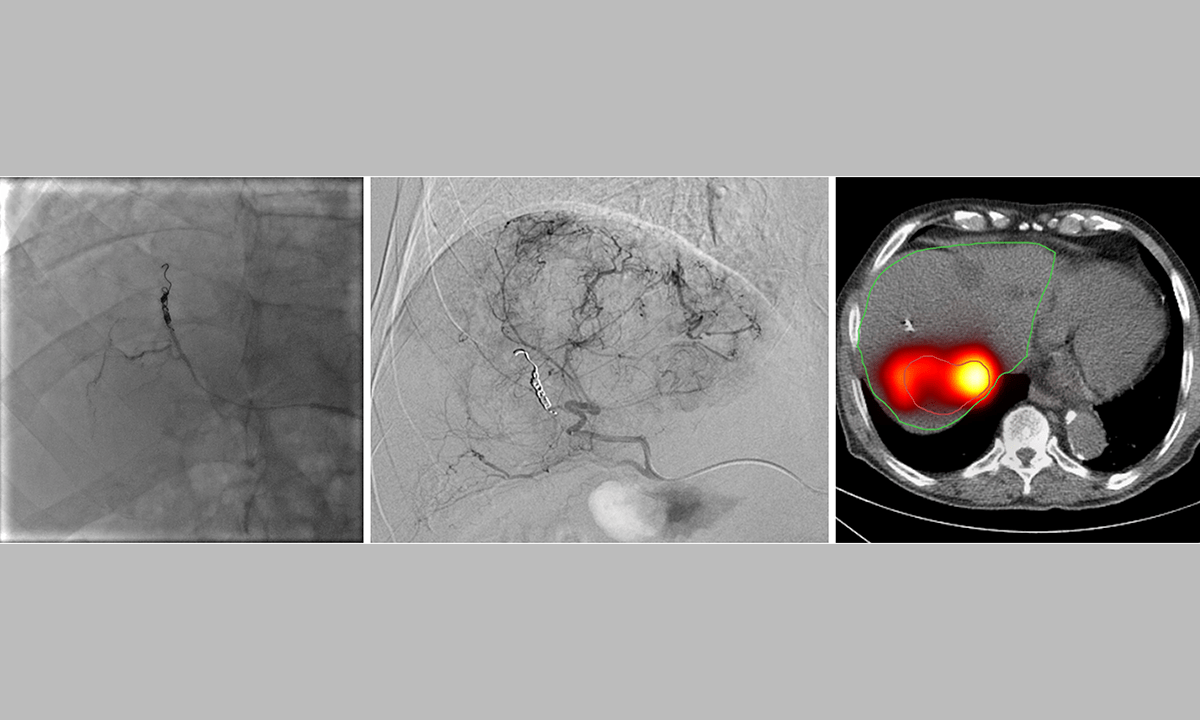 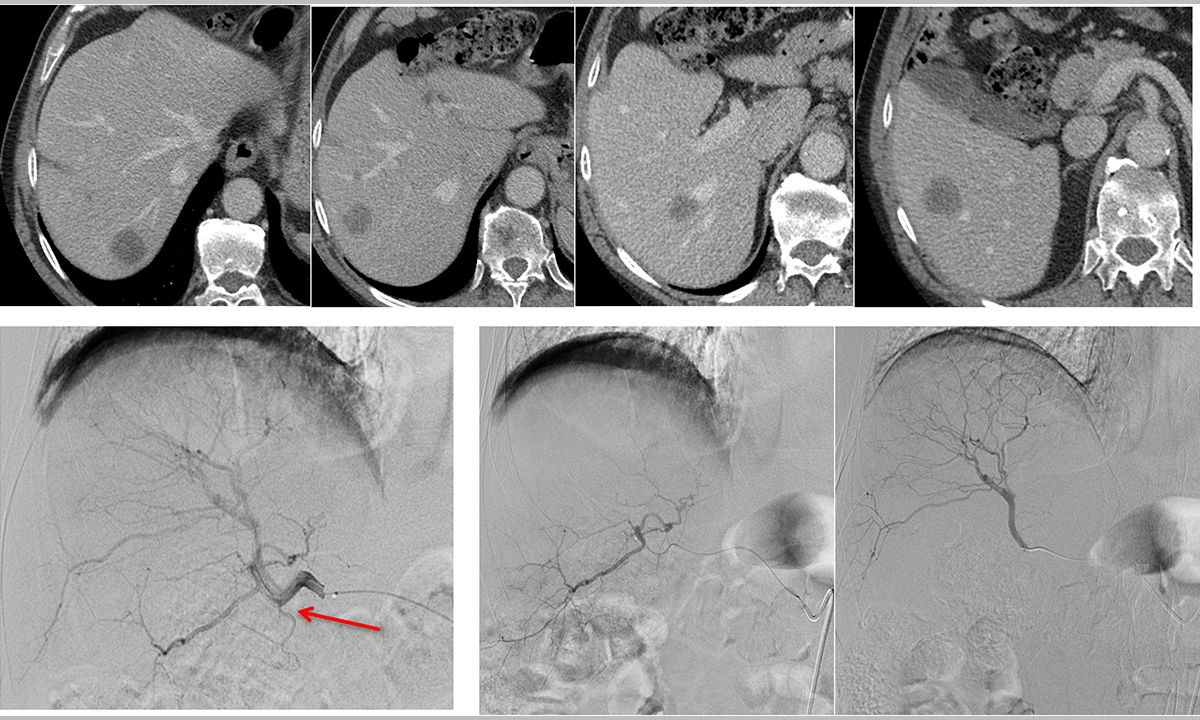 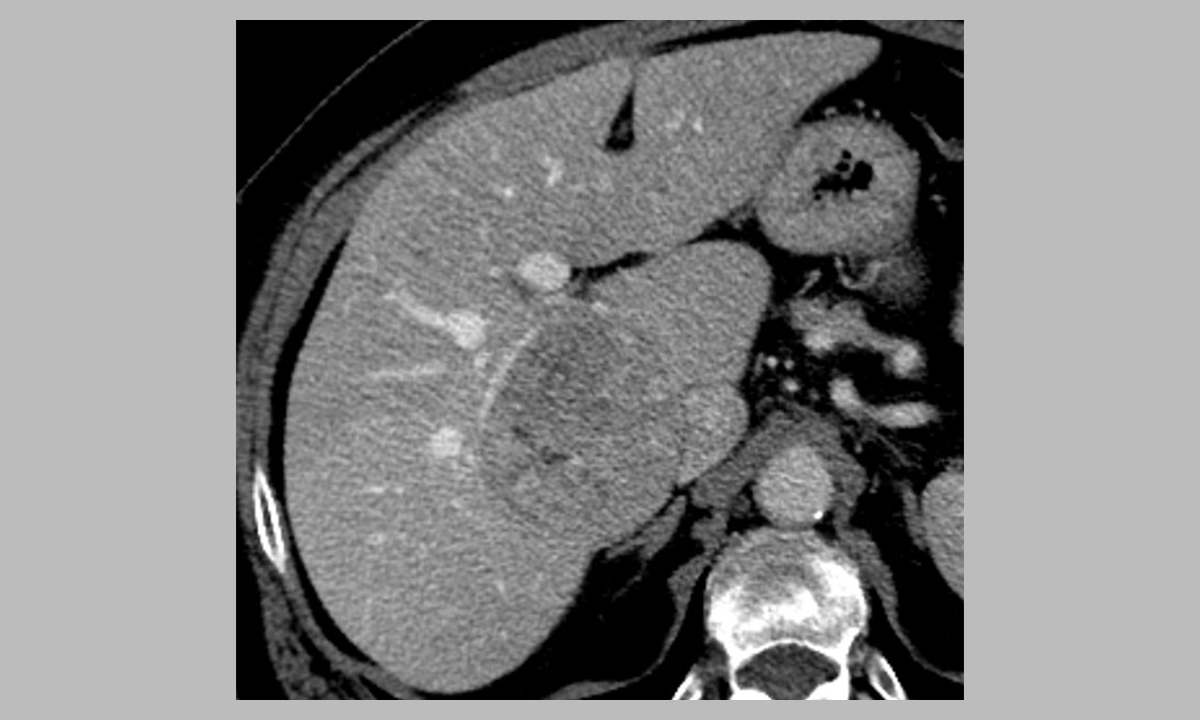 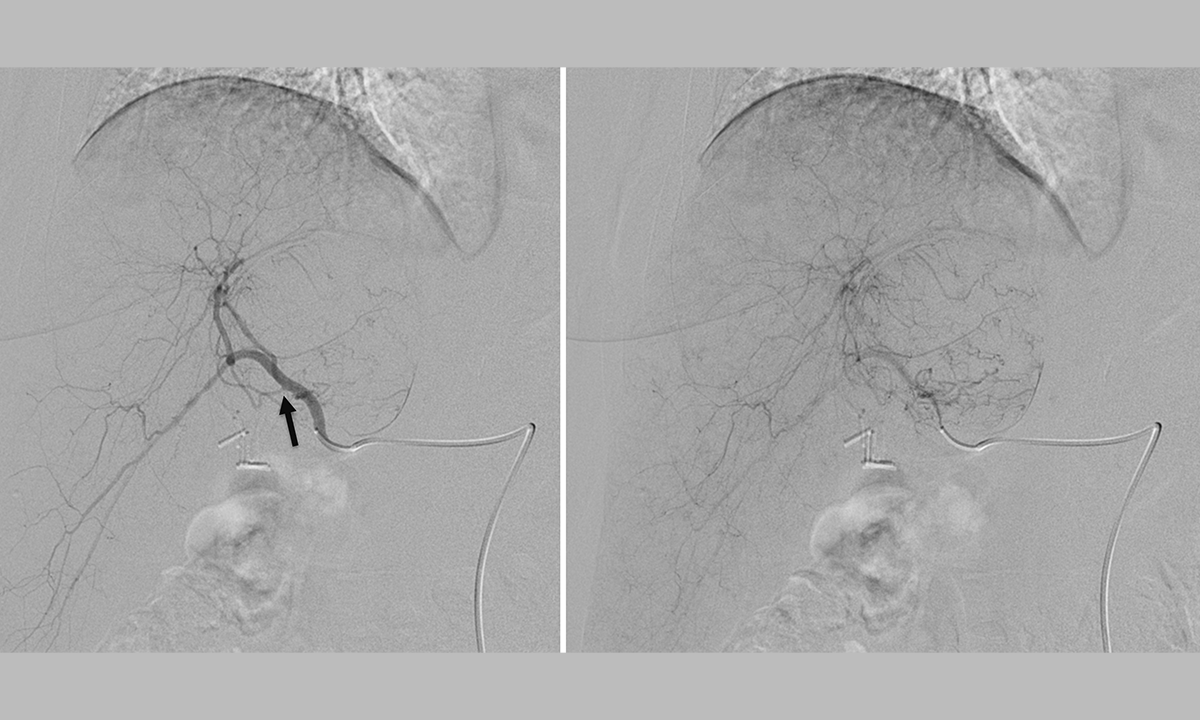 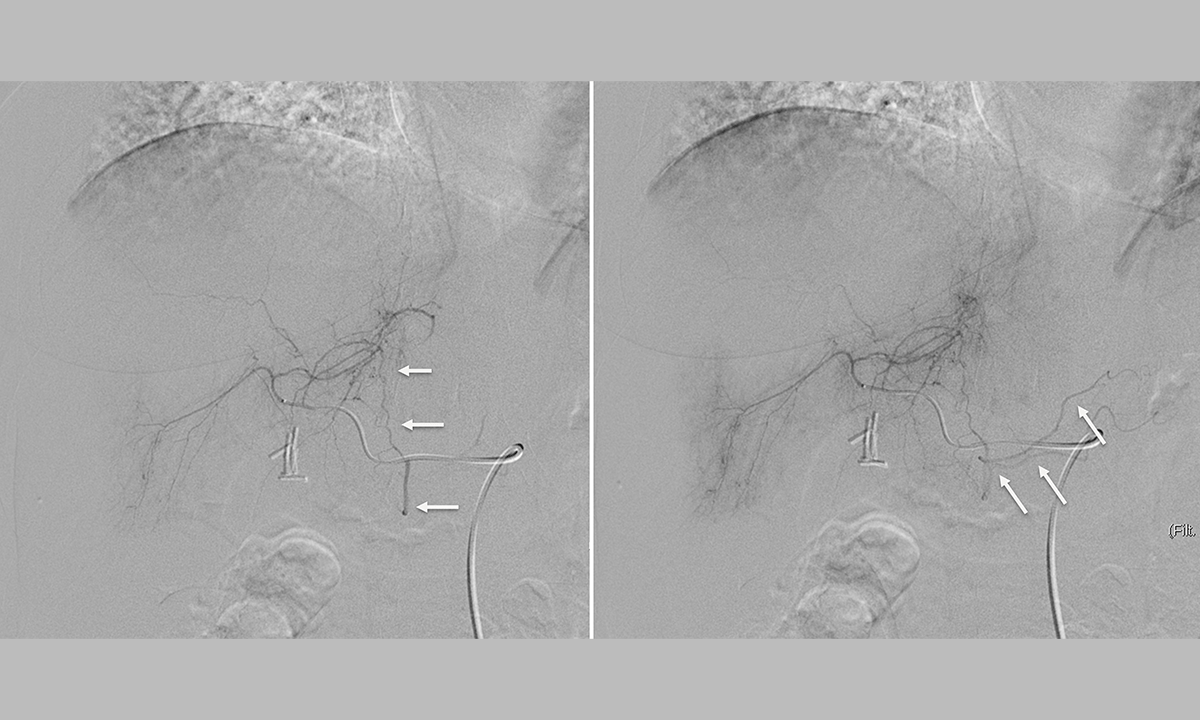 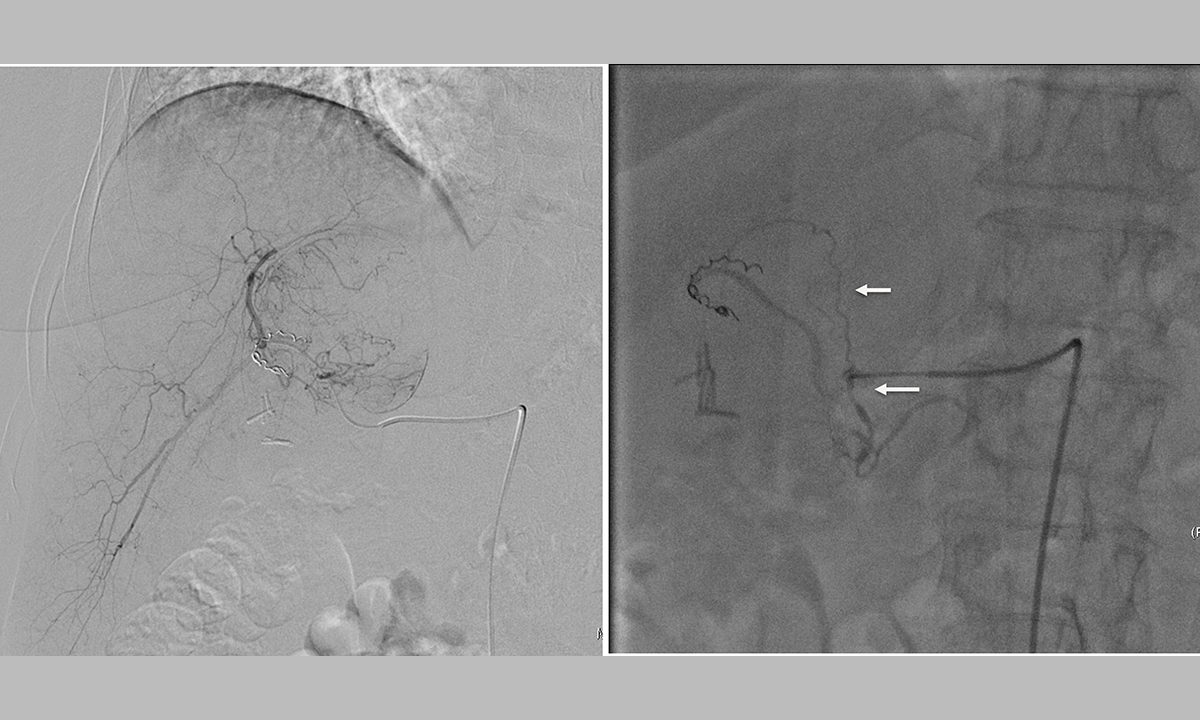 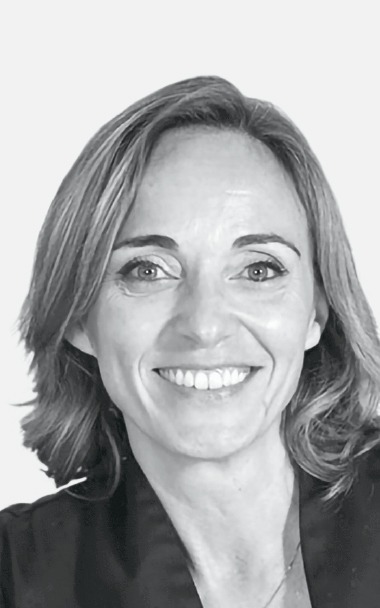 She serves as reviewer of several national and international journals; she has been vice-director of Giornale Italiano di Radiologia Medica and member of the Editorial Board of European Radiology and Cardiovascular and Interventional Radiology. She has authored and co-authored more than 90 articles in peer-review journals, is co-author of several book chapters, and has given over 260 invited lectures at national and international meetings.