ProgrammeET 2022 Topic HighlightsPAE complications – how to avoid and manage them

PAE complications – how to avoid and manage them

Prostate artery embolisation (PAE) has emerged as a safe and effective minimally invasive procedure that may improve lower urinary tract symptoms (LUTS), especially in patients with BPH who are contraindicated for surgery. Although the category of adverse events can include both side effects and complications, an understanding of the differences between them is essential. A “side effect” refers to any expected but untoward response, while a ‘‘complication’’ refers to any unanticipated negative outcome related to the treatment.

We have used a modified Clavien classification adapted to the description of adverse events following PAE published in CVIR (2017). Adverse events can happen at all stages of the embolisation procedure and should be classified into intra-operative and post-operative.

Vascular access, catheterisation and embolisation technique, device failure or incompatibility, manufacturing defects, inappropriate use of materials, and drug or contrast reactions are all potential sources of intra-operative complications.

Although good technique may avoid undesired events, vascular access, hematomas, pseudoaneurysms, vascular thrombosis, dissection, distal embolisation and damage of the perivascular, neural and muscular structures may happen even for transfemoral or transradial access.

It is not clear if the use of smaller particles is associated with increased NTE embolisation, but a recent report suggests that the smaller the particle size, the more adverse events, like burning and dysuria, may be observed. Once the prostate arteries have been properly identified and catheterised, embolisation can begin. More distal embolisation, as reported with the PErFecTED technique, appears to achieve the desired greater ischaemic effect, but in some cases has been associated with more side effects, including pain, urethral burning and urinary frequency.

After embolisation, the urinary flow increases due to the block of the circulating androgens, destruction of the innervation and decrease of smooth muscle tone and urethral resistance. Apoptosis, necrosis or infarction induces cytotoxic oedema, leukocytic infiltration and ischaemic inflammatory prostatitis which can produce a variety of symptoms, including pelvic pain or discomfort, perineal, suprapubic, coccygeal, rectal, urethral, testicular/scrotal pain and obstructive or urinary tract symptoms such as frequency, dysuria, incomplete voiding and ejaculatory pain. In some patients, there may also be nausea, vomiting and fever as well as a temporary worsening of previous symptoms, especially the irritative voiding symptoms due to an increased post-embolic inflammatory process. Collectively, these events comprise post-embolisation syndrome and they should be considered as expected side effects, not complications.

NTE to periprostatic organs and structures can occur due to misinterpretation of the blood supply to the prostate, vascular anatomical variations, highflow vascular anastomoses, suboptimal catheter placement or inappropriate embolic agent reflux. Vasodilators are useful for treating spasms, but they can inadvertently open peri or intraprostatic shunts. Selective angiograms and cone-beam CT facilitate improved safety and efficacy during embolisation, identifying potential sites of NTE and anatomical variations. When larger anastomoses are identified during PAE, embolisation is still possible with slow injection and/or protective occlusion, either temporary or permanent (microcoils), to avoid NTE.

Minor areas of bladder ischaemia following PAE are usually asymptomatic. Cystoscopy and bladder computed tomography (CT) or magnetic resonance imaging (MRI) can help to identify the number and size of ischaemic areas, perforation to intraperitoneal or extraperitoneal zones or impairment of nearby areas. Small, unperforated lesions can be treated with indwelling catheters and antibiotics. Surgery is indicated for extensive ischaemic areas in the intraperitoneal zone and gross haematuria. Occasionally, ischaemic tissue fragments and clots originating in the bladder or prostate gland may produce pain, AUR or urinary tract infection due to flow obstruction. Cystoscopy may be used to evaluate these instances and clear the bladder.

The arterial supply to the rectum and anus usually comes from the superior, middle and inferior rectal branches, and there is a rich vascular network connecting the inferior mesenteric, internal iliac, internal pudendal and marginal arteries. This explains the low incidence of ischaemic proctitis. Although it is rare following PAE, it may occur due to NTE of the middle or inferior rectal arteries or another variant branch. In the event of NTE of the rectum or anus, patients may complain of low abdominal pain, diarrhoea that may include bloody discharge, proctalgia, erosions, fistula or abscess. Diarrhoea and bleeding may be caused by inflammation or focal ischaemia of the mucous membrane.

Penile ischaemia is a great concern. As dorsal penile arteries are terminal vessels, the inadvertent reflux of embolic agents or misembolisation during PAE may lead to ischaemia. Such a complication may be reported as local pain, erythema, ulcers or sexual dysfunction. Although an erythematous appearance of the glans may suggest ischaemia, it must be differentiated from balanitis or balanoposthitis. Ultrasound Doppler exams and tissue culture may be useful for evaluation. Treatment includes NSAIDs, analgesics, steroids, vasodilators, antiplatelets, low molecular weight heparin, prostaglandin E1 and antibiotics. No irreversible lesions have been reported following PAE. Possible scrotal skin necrosis may happen due to NTE into the testicular branches.

Another potential source of concern is erectile dysfunction, which may happen due to occlusion of the internal pudendal artery. Experimental studies report that after unilateral acute clamping of the internal pudendal, a compensatory contralateral flow is observed with a moderate impairment of intracavernous pressure. Bilateral occlusions resulted in a marked reduction in the intracavernous pressure and low response to neurostimulation. No cases of erectile dysfunction following PAE have been reported so far.

Although usually asymptomatic, the post-ischaemic inflammatory process of the seminal vesicle may result in back, low abdominal or perineal pain, painful ejaculation, haematospermia and irritative or obstructive voiding symptoms. The true incidence of seminal vesicle ischaemia following PAE is unknown.

Clinical seminal vesiculitis may happen due to inflammation observed following PAE. Patients may complain of haematospermia, discomfort and pain in lumbosacral or perineal regions, irritative and obstructive urinary symptoms, decreased semen volume and/or azoospermia. Patients with urethritis or epididymitis are likely to have seminal vesiculitis, suggesting a close relationship between them. Haematospermia usually is self-limiting, generally asymptomatic and resolves spontaneously within a few weeks or after ejaculations. Its correlation with seminal vesical ischaemia remains unclear since the bleeding can have its source in any portion of the genitourinary tract. A transrectal ultrasonography or pelvic MRI may help to diagnose these complications. Treatment usually includes NSAIDs, analgesics and, if necessary, steroids or antibiotics.

Pelvic embolisation rarely results in unintended ischaemia, due to the rich vascular network. Complications such as sciatic neuropathy and pelvic osteonecrosis are rare. The inadvertent embolisation of the obturator artery may result in pubic or obturator ring bone ischaemia. It is usually asymptomatic and only found during CT or MRI. MRI changes become apparent only after 6 h to 2 days.

In conclusion, adverse events can include both side effects and complications, can happen at all stages of the embolisation procedure, and should be classified into intra-operative and post-operative. They can occur due to misinterpretation of the blood supply to the prostate, vascular anatomical variations, high-flow vascular anastomoses, suboptimal catheter placement or inappropriate embolic agents as well as to reflux to small vessels should always be avoided. Although most complications are described as minor, their recognition, understanding and standardized description are fundamental to minimise risks, adequately manage and maximize the value of PAE. In general, even with a potential for several adverse events, it’s necessary to state that PAE is a very safe procedure with much lower complications rates compared to other surgical options of treatment. 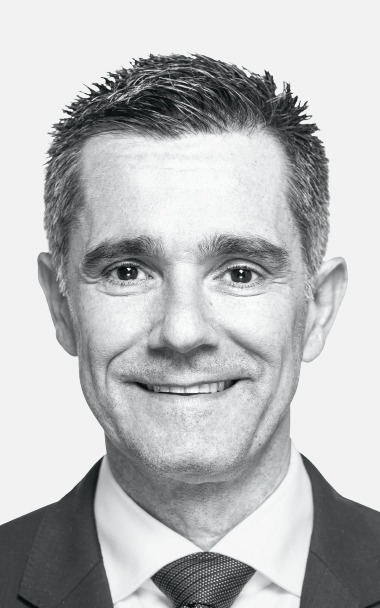 He is also the former president of the Brazilian Society of Interventional Radiology and Endovascular Surgery (SoBRICE). In 2014 he gave the Josef Rosh Lecture presentation at CIRSE 2014 in Glasgow, Scotland.

Prof. Carnevale has published over 100 peer-reviewed publications, and in 2008 Carnevale et al. performed the first intentional treatment of LUTS due to benign prostatic hyperplasia using PAE as a successful minimally invasive endovascular modality of treatment.