Haemoptysis in malignant lung disease is a common problem. About 25% of lung cancer patients are reported to develop haemoptysis, of which approximately 10% can be defined as massive [1]. In the US alone this accounts for roughly 7000 cases of massive haemoptysis due to cancer. Haemoptysis most often arises from a bronchial artery bleed. Tumour erosion into the pulmonary artery or even arterial ruptures are rare. Squamous cell histology is most often connected with haemoptysis, and massive haemoptysis is associated with cavitation and tumours related to the central airways [2]. Most reports define minor haemoptysis to be less than 100 mL of blood expectorated in a 24-hour period, while the definition of massive haemoptysis is more variable, with reported thresholds from 100–1,000 mL in a 24-hour period. As the course of action is defined by the clinical state of the patient, our team considers clinical stability/instability as a better definition.

Management of minor as well as massive haemoptysis is of great clinical relevance, as it has a high mortality rate if not treated appropriately. Massive haemoptysis, for instance, has an all-cause mortality rate in the range of 60 to 80% if not treated immediately [3]. Multidisciplinary management including pulmonary medicine, thoracic surgery, and interventional radiology is key to the successful management of patients suffering from haemoptysis.

The initial management of a patient with acute massive haemoptysis is airway protection to prevent aspiration of blood and resultant asphyxiation. If possible, anticoagulation needs to be stopped and in hyperacute cases fresh-frozen plasma or a platelet transfusion may be given in order to correct coagulopathy. Even if there is a known history of lung cancer, a sputum sample should be sent for culture, including mycobacterium and fungi.

Bronchoscopic interventions, such as bronchial blockers, endobronchial instillation, electrocautery, argon plasma coagulation or even bronchial stents are a mainstay of therapy. However, their efficacy is limited in recurrent or massive haemoptysis. Bronchial artery embolisation has evolved from its initial report in 1977 [4] to a definitive first-line treatment, particularly in massive or recurrent haemoptysis. As most tumour feeding vessels are at least in part supplied from the bronchial arteries, this approach has proved to be highly effective. However, one has to be aware of numerous anatomical variants. Bronchoscopy before embolisation is useful for identifying the site of bleeding, but CT-angiography is as effective as bronchoscopy for revealing the site and is more effective than bronchoscopy in diagnosing the cause of bleeding and mapping the way of a bronchial artery embolisation procedure [5]. From our experience, CT angiography makes the procedure more efficient and supports quick catheter placement. According to the literature, CT and bronchoscopy are comparable in identifying the site of bleeding.

Prior to bronchial artery embolisation, a brief neurologic examination should be performed to establish a baseline. The selective angiograms need to be reviewed meticulously for the presence of spinal artery branches. Their inadvertent embolisation has to be avoided, as spinal infarction is the most dreaded complication. This is the same reason that small particles and liquid agents such as alcohol are contraindicated. In addition to particles or gelfoam, the administration of chemotherapy to the tumour feeding arteries has also been reported. Further technical details will be discussed in the ET 2022 presentation (Figure 1).

Postembolisation syndrome is common after bronchial artery embolisation. Its symptoms, including fever, leucocytosis and pleuritic chest pain, are treated symptomatically. Complications are infrequent and include ischaemic myelitis, bronchial wall necrosis and, in rare cases, pulmonary infarction from non-target embolisation.

68-year-old male with right sided NSCLC. Bronchoscopy shows some blood in the right lower lobe bronchus (A). Selective angiography with a microcatheter reveals hypervascularisation of the tumour (B). More anatomical detail is given by a coronal reformat of a cone beam CT (C) that was also used to rule out spinal collaterals. After embolisation with 300-500µm PVA microspheres the bleeding stopped and there was no re-bleeding at 3 months follow up. 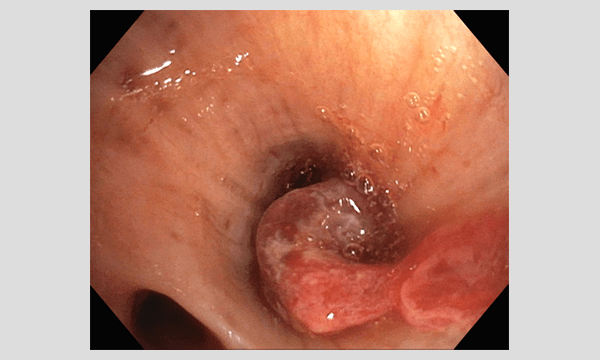 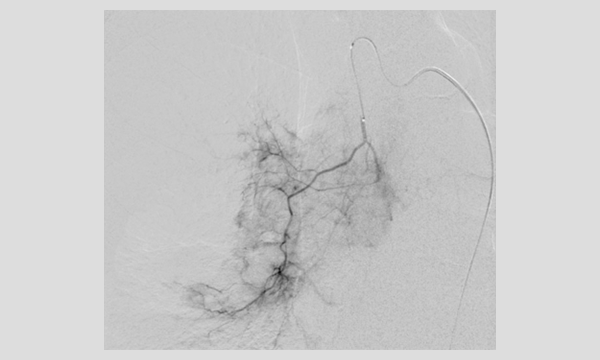 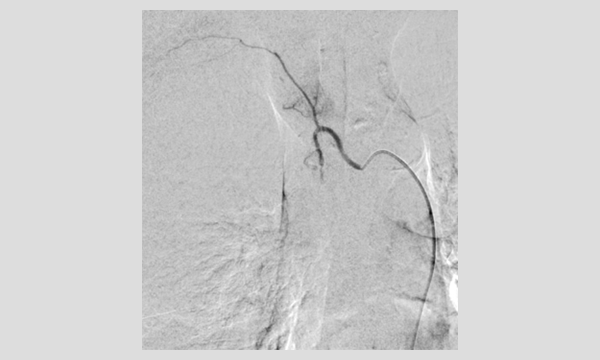 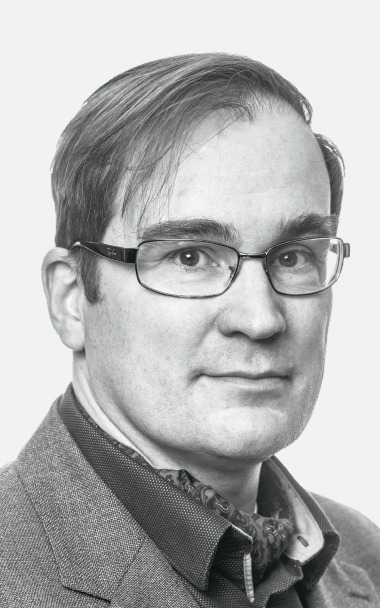 Prof. Mahnken was trained in surgery and radiology and was board certified in radiology in 2003. In 2004 he became an assistant professor in radiology and 2008 he was appointed associate professor of radiology. In 2012 he became head of radiology at Marburg University Hospital. Prof. Mahnken graduated in healthcare management (2006) and was certified in quality management (2007), and also has a master of medical education (2010). A dedicated interventional radiologist, he is a CIRSE fellow and an EBIR-ES holder. His scientific interest is interventional radiology with a particular focus on interventional oncology.